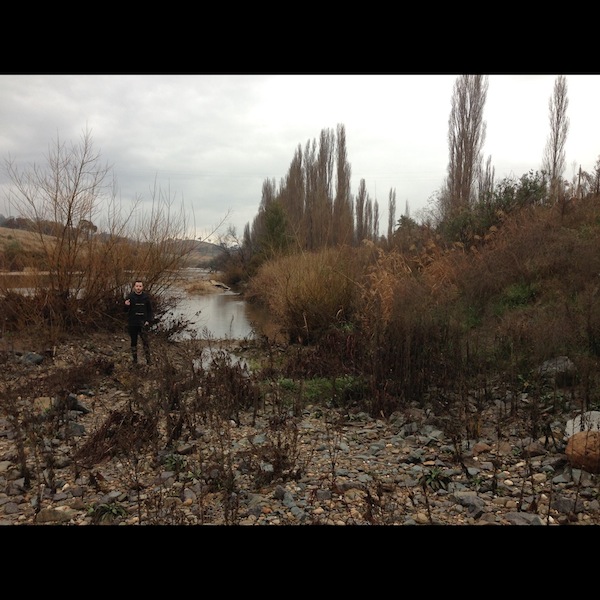 Closer is the ambient/noise project of Melbourne musician Liam Daly. It shares the grandiose aims of his former post-rock outfit, These Hands (Could Separate the Sky), but in place of cascading guitars are shifting drones built from sub-bass, white noise and tape hiss.

Over the past couple of years Daly has released two EPs, White Heat and Descent, and a full-length called In Search of Life. His latest is the neatly symmetrical Heartache/Lifted, whose two tracks both clock in at precisely 10:10.

The album has the neo-classical tenor of Basinski’s conceptual drones and some of the muted drama of Tim Hecker compositions. It’s not as centred and melodically rich as either of those artists, but that’s probably because Daly’s process is driven largely by chance. As he recently told Forte, Closer’s aesthetic is “not overly driven by specific mood or intent. Whatever noises present themselves are the ones I have to use. Whatever form the song takes, then so be it”. As a result, these tracks don’t build so much as they unfold, revealing new details and layers, each with different evocations.

In the same interview, Daly described Closer as “music that warps time and makes you feel without choice”. At times it conveys the inevitability of a glacier slowly collapsing, or that rushing noise that fills your ears during a panic attack or dissociative state.

‘Heartache’ is like the soundtrack to some unspecified dystopian era, whether industrial, medieval or post-apocalyptic. The highlight is ‘Lifted’, with its breathy synth washes and submerged vocals, which sound like someone calling to you from inside a deep cavern.

Though these songs would probably benefit from stronger melodic motifs, Heartache/Lifted is surprisingly gratifying for something that veers so close to sound art. Like most ambient music, this makes for great headphones listening – and probably a killer live show, too.

Heartache/Lifted is available now through Bandcamp. Catch Closer performing at Old Bar next Monday, 20 April, alongside Mollusc and Fourteen Nights at Sea. RSVP on Facebook. 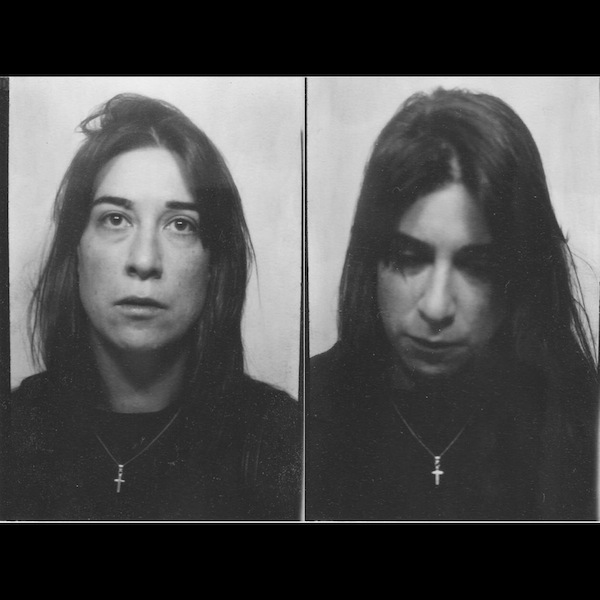 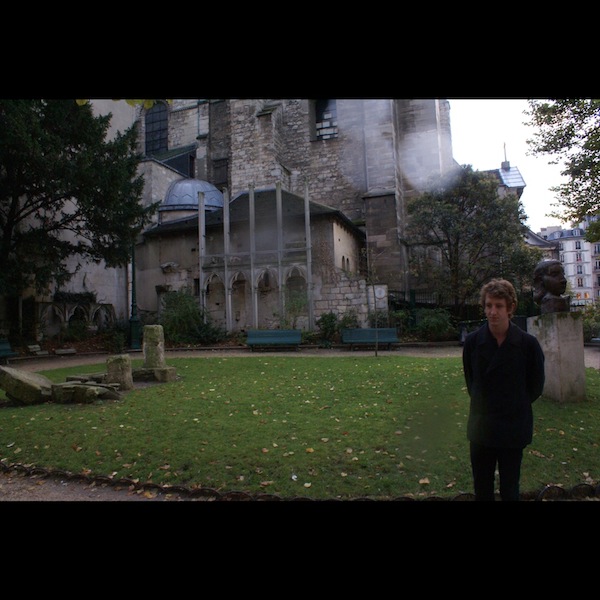 Itinerant, conman and genuine good bloke, Nathan Roche is one of the most prolific artists in the Australian underground right now – and he’s certainly the most flippant. He’s a self-published novelist, frontman of the now defunct Camperdown and Out, plus half a dozen other bands, and head of his own record label, Glenlivet-a-Gogh. Roche, however, harbours no romantic illusions about his creative endeavours. Speaking to Polaroids of Androids back in 2013, he described music as ‘a curse’ and claimed that there’s ‘no such thing as art. Like the food we digest and put into our bodies, occasionally we “pass gas” and a stench goes airborne.’

Well, in early 2015, an odour is hanging in the air again. The day after returning from a tour of Europe and the US, Roche went into the studio – via a trip to the Centrelink office – to record the third installment of his Newtown Trilogy: Cathedrals Made Outta Green Cards. The album’s 23 tracks veer from the brilliant to the ridiculous, replete with bad puns (‘S-Car Go!’) and spoken word interludes, including a woman enumerating the contents of her refrigerator in alluring French.

As always, the best moments on Cathedrals… channel the luminaries of 70s avant-rock – Lou Reed, Roxy Music, John Cale. I’m not sure if the second single, ‘In Dresden They’ve Been Dressin in Black Again’, is about Pegida, the vices of fashion or both, but it rollicks snidely along like something off Transformer, sounding less like pastiche than a skillful homage.

Roche has said that Cathedrals… is to be his final musical outing. (His Soundcloud profile currently reads ‘R.I.P.’). As a guy who somehow plays the role of piss-taker and straight-shooter simultaneously, I wouldn’t doubt him when he says there’s some sort of change afoot – but nor would I be betting on his disappearance. There’s far too much going on in Nathan Roche’s head for him to put down the guitar for good.

February’s MAP has landed, with music presented by 19 blogs from around the world. Brisbane’s Nite Fields – whose moody debut album, Depersonalisation, has just dropped on Felte – are representing Australia this month. Head over to our Soundcloud to hear Robbie’s January MAP podcast, as well as a special Australia Day mix of some of our favourite local MAP entries from the past 12 months.

Click the play button icon to listen to individual songs, right-click on the song title to download an mp3, or grab a zip file of the full 19-track compilation through Dropbox here.

“January will be mine” is the translation of singer-songwriter Sol Fernandez’s artistic project. Her music is a perfect match of soft melodies and dream-pop with carefully crafted arrangements and sound landscapes. This track is from Enero3, her latest work, which is being released through Bandcamp.

AUSTRALIA: Who The Bloody Hell Are They?
Nite Fields – Prescription

Prescription is the second single from Brisbane four-piece Nite Fields’ long-awaited debut record Depersonalisation. While the intricate guitar work and broody vocals echo The Church, there’s a humid, curiously distant tone here that is something totally their own. Starting with sparse prickly guitars and splashy drumming, the song folds in on itself towards the end, becoming slightly claustrophobic but in an intimate, whispery way. Nite Fields keeps you at arm’s length – you have to squint through the haze of effects and layers to get a hold of anything solid, but once you do, you’ve already fallen hard for this moody and mysterious band.

CANADA: Ride The Tempo
Willows – The Shape I’m In

Johnny McArthur and Eric Moore make up the electronic duo Willows. They venture into uncomfortable territory melodically. The swirling repetitive underlying of The Shape I’m In resembles the dizzying sensation of intoxication. The bursts of energy are like the highs that come back to the inevitable lows.

Sin Órbita is a duo formed by Paula Roa and Martin Perez Roa, who last year released their first record, Neón EP (Sudamerican Records). Flirting with electronica and soul, the band are a mixture of Massive Attack trip hop cadence and AlunaGeorge sensuality.

END_OF_DOCUMENT_TOKEN_TO_BE_REPLACED 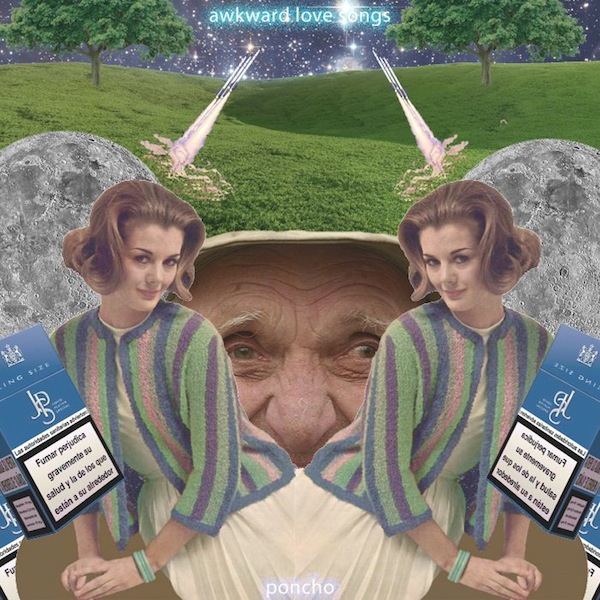 PONCHO is little collaboration between Melbourne rapper Baro and his mate Mitch, aka Ancentric, who worked on Baro’s breakthrough mixtape HOWGOODISGOOD?. The pair have just released a three-track EP called Awkward Love Songs on Soundcloud, featuring previous single ‘grab me as i fall’.

Baro touchstones like Mos Def and Erykah Badu are still discernible here, but this stuff is more King Krule than Joey Bada$$ – minus the UK youngster’s weary, streetwise barbs. Poncho songs are all sweet and breezy, as exemplified by the major sevenths and scattered handclaps on EP opener and standout track, ‘the Summer’s Over So Where Do We Stand?’. 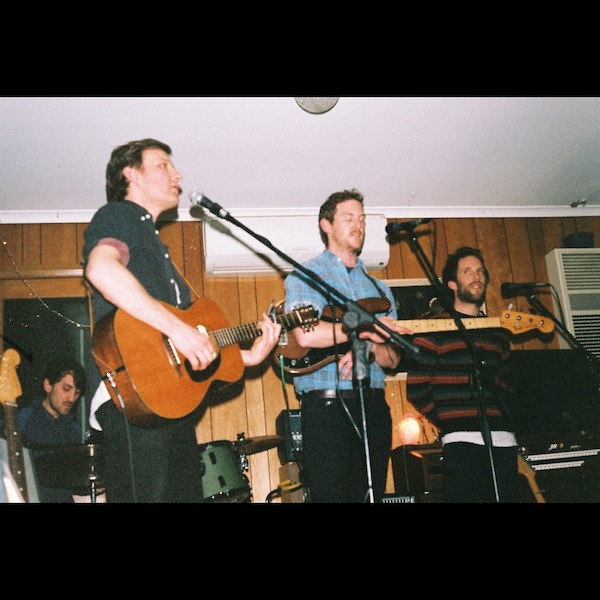 Michael Skinner hasn’t been to the Mallee. The region’s stately, arid plains, hidden beneath the ocean for most of the Earth’s history, are nevertheless a good analogue for his band, Mallee Songs. Their music is deeply influenced by the dark alt-country sounds of the 90s – particularly American artists like Jason Molina, Mark Linkous and Will Oldham. Those songwriters are present in Mallee Songs’ solemn lyricism, restrained feedback and vicious guitar solos.

Last year Mallee Songs released Gum Creek and Other Songs, a compilation of Skinner’s early home recordings. Cleaning out these scattered folk songs was a final step in his transition from bedroom to stage. He wrote the forthcoming album with a four-piece band, drummer Pascal Babare also producing.

‘Since the Kingdom’, a pretty, Silver Jews-like track, is the lead single from the new record. In the video – premiered here – Skinner wanders, jaded and sleep-deprived, through the Australian countryside, stalked by wordless strangers. Meanwhile, someone, somewhere is playing a lament: ‘All my brothers in a slow decline / I need a new feeling to describe / the arc of a mountain in a cloudless sky’. 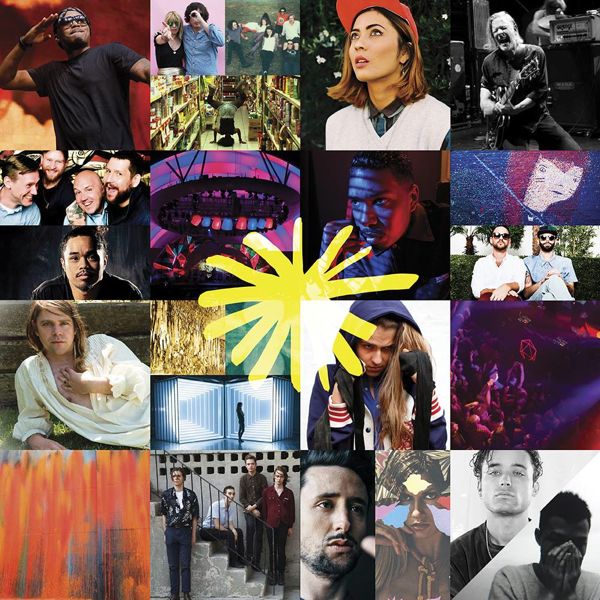